Borders, labels, identities, genres, they are all there to comfort our insecure minds. We are driven by an urge to define, a desire for clarity, an order to things. We crave repetition, recognisability and predictability. That makes it easier to comprehend and identify with something. And that is OK, we are programmed like that. We like to know what to expect, we dig the same big melodies and recognisable stories.

On the other hand: this is the 21st century and our assumptions are constantly challenged. And so are all of the things mentioned above. So, you can either ignore it, move on as if nothing has happened and try sticking to the old ways of seeing and thinking. Or you can embrace it, let your guard down, let yourself be overwhelmed by contemporary chaos and perhaps even let yourself be inspired by it. Warped Dreamer provides the suitable soundtrack to these endeavours.

Like Lomahongva (2016), follow-up Live At Bimhuis confronts this dazzling, overdriven challenge head-on: with improvised music that is bursting at the seams, defiantly ignoring stylistic borders and provoking the listener by luring him/her into a challenging sonic labyrinth.

It shouldn’t surprise anyone that these four are capable of concocting such a mindfuck of a record. Teun Verbruggen and Jozef Dumoulin are partners in a long series of bands/projects – among them the international Bureau of Atomic Tourism and a lauded collaboration with Keiji Haino – that verge towards the experimental side of Belgian jazz and improvised music. They are restless seekers, both familiar with the tradition and eager to cross into unknown territory.

Of course, the same can be said about their Norwegian counterparts, Arve Henriksen and Stian Westerhus. Firmly rooted in the avant-garde and improvisation scenes of their homeland, both artists can look back on a discography that is iridescent, betrays an uncanny depth and is defined by a similar urge to discover new projections of sounds and ideas. In Verbruggen and Dumoulin, they have found brothers that speak the same language. They move around each other in constantly changing constellations.

In 2016, the quartet played a highly praised concert at the Moers Festival, but this performance from the same week at the Bimhuis in Amsterdam is as impressive. The recording is barely 40 minutes long, but contains enough ideas to keep most other artists going for weeks. This is an example of genre-defying artists giving you a taste of utter and complete madness while displaying a masterful command of sound, texture and dynamics. Key ingredients: manipulation, accumulation, variation. The core is rather traditional – trumpet, guitar, keyboards drums – but the execution couldn’t be any less predictable.

By using a dazzling variety of electronics and effects, the band creates extended soundscapes that move from subdued, ethereal moments to dense, intergalactic trips that introduce you to new post-industrial worlds with an almost physical, frightening intensity. And it is in these movements, these transformations between intricately detailed and carefully constructed temperaments, that the band shines at its brightest. The result is what happens when arcade madness and a boiling mass of sound make place for plundering schizophrenics, when the cerebral and the visceral collide, when dizzying fragmentation is pushed forward with an unstoppable thrust.

Live At Bimhuis is musical de/construction at its best. This is space exploration, creative transformation and futuristic ritualism combined. It defies rules of logic and perhaps it will even mess with your mind, but at least you will catch a glimpse of new sounds, possibilities and connections, and that can be terribly exciting. 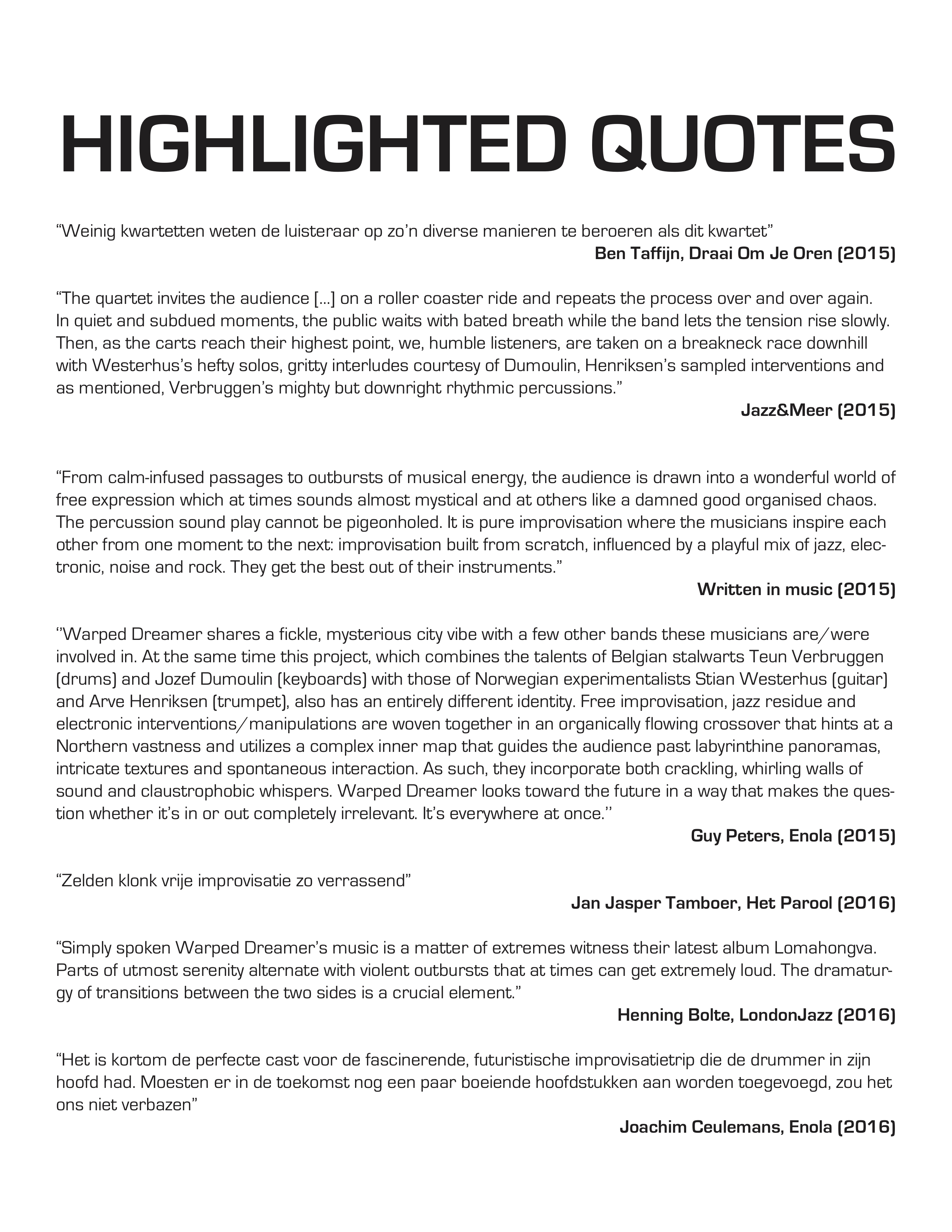 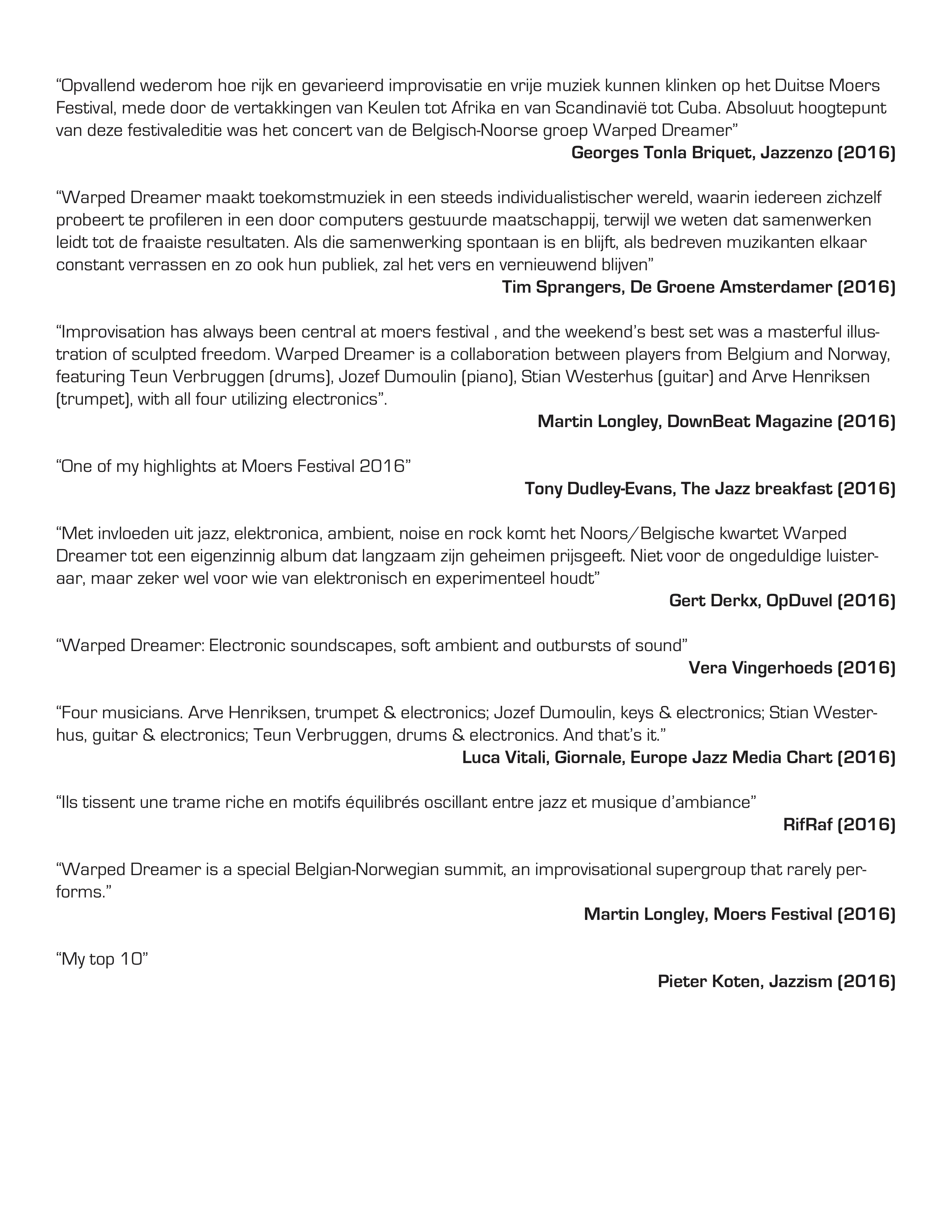 AVAILABILITY OF THE BAND